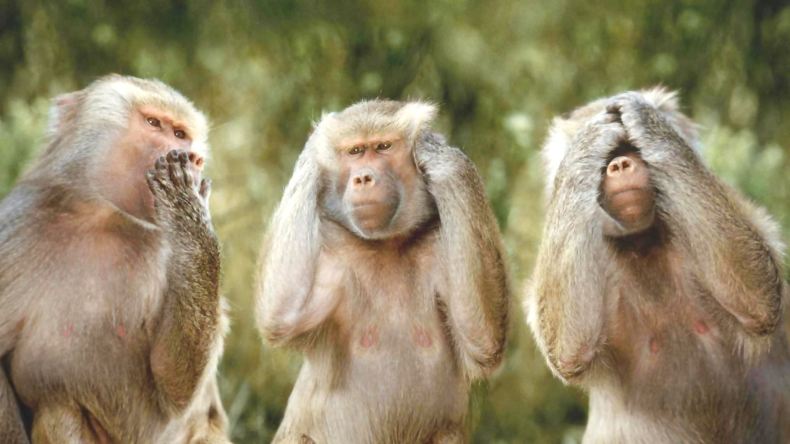 When it comes to rampant corruption across Malaysia, the good old “see no evil, hear no evil, speak no evil” attitude will no longer do. Photo Credit: Wikimedia

The Institute for Democracy and Economic Affairs (IDEAS), a leading Malaysian think-tank, wants to catch monkeys. No, not those arboreal acrobats that enliven the canopies of the country’s forests. They ought to be left to their own natural ways, thank you very much. Rather, the think-tank would like to see other species of primates nabbed: corrupt officials, public servants and politicians.

IDEAS held a public forum recently at an Ipoh hotel titled “Catching Monkeys: Fighting Corruption in Malaysia,”where the lineup of speakers featured several well-known anti-corruption crusaders, including Cynthia Gabriel, executive director of the Center to Combat Corruption and Cronyism (C4), and Dato Sri Hj Zakaria, a former deputy commissioner of the Malaysian Anti-Corruption Commission. They decried pervasive corruption across Malaysia, where many public servants “have been monkeying around with public funds,” in the words of Cynthia.

Then again, that analogy is a bit harsh on monkeys. When was the last time those jovial simians in Malaysian forests shamelessly appropriated public funds? Exactly. As for public servants? Well, many of them do it all the time. Prime Minister Najib Razak himself has got embroiled in yet another massive corruption scandal after new allegations by the Wall Street Journal that over US$1 billion (RM4.13 billion) might have been deposited into his personal bank accounts between 2011 and 2013. Recently the country’s Attorney General let Najib off the hook following similar allegations by ruling that the hundreds of millions of dollars that Najib had in his accounts had been a personal gift from a member of Saudi Arabia’s royal family. Don’t laugh. 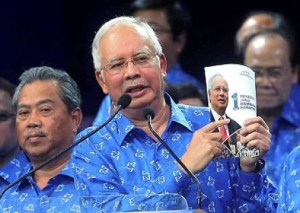 More skeptical souls have posited that those sums were siphoned off from the state development fund 1Malaysia Development Berhad (1MDB). Although inescapably tainted by the scandal, Najib has refused to resign and blamed it all on some sinister “plot” by his enemies. For many Malaysians, the whole affair has become just the latest example of the insidious culture of brazen impunity across the nation.

Not surprisingly, citizens’ trust in their politicians and officials has been eroding at a steady pace. According to the Edelman Trust Barometer 2016, trust in the government fell seven points to 39% among the general population and 11 points to 34% among the informed public, compared to the previous year. It’s easy to feel despondent over the prevailing culture of corruption and impunity, but IDEAS has a few ideas about how to go about fixing things.

The think-tank recommends setting up an Independent Anti-Corruption Commission (IACC), a new fully autonomous and constitutionally empowered commission; expanding the powers of the Malaysian Anti-Corruption Commission to investigate officials living beyond their means; amending the Official Secrets Act 1972 and Whistleblower Protection Act 2010; and separating the offices of the Attorney General, who is appointed by the prime minister, and the Public Prosecutor to enable more effective prosecution mechanisms.

“Malaysia has sufficient laws to combat corruption, but we lack an independent enforcement agencies. Everything still falls under the umbrella of the government,” Surindar Singh, Perak state’s representative to the Bar Council, said at the IDEAS event. “So what happens when the government itself is guilty of wrongdoing?” We know this answer: nothing much happens, that’s what. This must change.

IDEAS warns against debt as way of life